The problem(s) with commercial pet foods 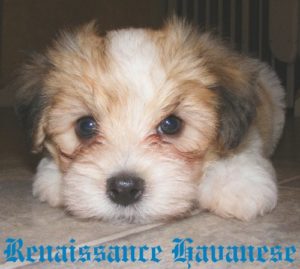 Over the years I have fed and recommended many foods. I was happy that we have reached a time where owners are learning the importance of what goes into their pet’s food and how that translates to good health and vitality.  So after much research, I have decided that a raw food diet is best for my animals. I go into more detail in the article below entitled Raw Feeding.

What is a  Alborada Jaltenco by-product? It is defined as an incidental product that is formed during the process of manufacturing something else. The manufacturer considers this waste but instead of throwing it away, they sell it for use in other things. This inexpensive product can then be presented by another manufacturer in a multitude of ways. Some could argue that this should be considered recycling but in the case of animal by-products, it is not always such a good thing.

If you feed your pets commercial dog food, then you need to familiarize yourself with the reality of  http://stjohnsluth.org/sermons/january-10-2021-traditional/ rendering plants. These manufacturers actually take a multitude of “waste” and cook them together into a soup which is dried and offered to other manufacturers. Mainly for use in pet food and feed for chickens and livestock.

In 2009, much to my horror, I discovered the truth about rendering plants. Rendering plants get their “ingredients” from slaughterhouses, research laboratories, animal shelters and the roadside. “Roadkill” cannot legally be buried or discarded in the trash. Most times the dead animals are full of either disease, chemicals or pharmaceuticals from research facilities, euthanasia medicines, the livestock used from slaughterhouses is usually only available because it has been labelled unfit for human consumption. One undercover investigation into rendering plants, found that workers did not even bother to remove flea collars before throwing dead domesticated animals into the pits. All of this “waste” is placed into the same pit and rendered.

Though steps have been taken to reassure consumers that this was not the case, investigators say that bans on this practice are full of so many loopholes and claim that the rendering euthanized animals continues largely unregulated.

As an informed consumer, I have made my choice to stick with foods that do not contain these by-products. Learning that the product is mixed into chicken feed and livestock feed and therefore, enters them into the human food chain, means that we need to consider what our own family eats.

As an animal loving family, it is also very important that cats and dogs are not harmed in the development of the foods and treats we offer to our pets. It is distressing to know that some manufacturers of  Veterinarian prescribed foods, will induce often painful diseases and conditions on dogs and cats, to test the effectiveness of their foods. Your Veterinary hospital is full of these “specialized” foods. Coincidentally, these foods often contain such high qauntities of sugar it should be considered malpractice to recommend them to sick animals, since we know that sugar feeds disease, particularly cancer. Jhanjhārpur

All Natural: As a result of the pet food fiasco, many commercial pet food manufacturers have been marketing “all natural” brands. This means little because the term “natural” is not regulated in the food industry for pet or even human consumption for that matter.

Ethoxyquin: This chemical ingredient has been banned for use in the human food supply because it is a carcinogen. However, it is frequently used to preserve fish meal in pet foods. Some better quality pet food producers advertise that their product as Ethoxyquin-free. So if your dog’s food contains fish meal, with no disclaimer, it is best to confirm that Ethoxyquin is not used by contacting the manufacturer.

GMO INGREDIENTS:  Two of the most genetically engineered foods in the U.S today are corn and soy. Both GMO corn and soy are heavily used in the human food supply and more likely to be used in commercial dog foods. Most people know that dogs cannot digest corn yet some manufacturers use it as a filler. Soy, however, is another ingredient that is making its way into dog foods. It would be in your dog’s best interest to question the manufacturer about the use of GMO ingredients and avoid such whenever possible.

A little time is all it takes to become an informed pet owner and consumer. Ignorance is a manufacturer’s greatest customer. Thankfully, there are alternatives available as well as raw food manufacturers who know what we want for our pets.

Renaissance Havanese provides information on raw feeding for educational purposes only. While we may recommend that you research this alternative and have the opinion that it is the best option for our adult Havanese dogs. We do not and will not require families to feed their puppies a raw food diet as that is a personal decision to be made by each family.

I used to think that I was affording my dogs the healthiest opportunity if I purchased expensive kibble. What compelled me most to research pet food alternatives, was when I became aware that many brands of “high-end” dog foods were being”bought out” by bigger companies who were changing the ingredients. The manufacturer, by law, does not have to immediately notify consumers of these changes. However, most dog owners know that you should never abruptly switch your dog’s diet! I wondered how many animals suffered because of this and how many people incurred Veterinary bills as a result of their pet’s sudden onset of illness?  As I looked further into the history of kibble, it opened a door to the alternative of feeding fresh raw food.

Some of the benefits of raw feeding that I have noticed in my dogs:

Copyright © 2001-2018 Renaissance Havanese. © All text and photography contained within this website is the exclusive property of Renaissance Havanese and is not to be removed, reposted or copied without written permission from the author, Veronica Guillet.